The man I adored left us today?but he was just leaving early to be sure all would be ready for the rest of us. He was that kind of man?a man who loved life, his family, his pets, his friends, his home, his music. His memory will be cherished by everyone he met. He just had a way of making people love him. 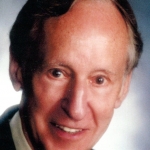 ????? Along life’s path, Bill made good use of his talents by starting, owning, and operating House of Edinboro, a premier furniture design showroom. He loved, as well, being part owner of the Riverside Golf Course in Cambridge Springs. Leadership was an innate part of the man, and he was good at it.

William Charles (Bill) Schulz, age 89, resident of 139 McClellan Street, Cambridge Springs, PA, passed away at UPMC Hamot in Erie on January 1, 2017 after a short illness. Born on March 11, 1927 in Buffalo, NY., Bill was a son of the late George and Joanna Schulz. He married the former Janet Lorraine Perry on July 15,1990 and she survives.

Bill entered the US Navy in 1944 serving his country until 1946. He then received his bachelor degree from Heidelberg University, Tiffin, OH. In 1950, he reentered the Armed Forces serving in the US Army until 1952. He then returned to Buffalo, NY where he earned his masters degree from the University of Buffalo. Following this he began work as a manager with Stanley Aviation followed by a time as sales manager at Artistic Furniture. This position became the stepping stone for what would became his life’s dream – making and selling beautiful furniture to people who would become dear and lifelong friends.

Bill felt he had a duty to mankind. He was Chairman of the Board at Hamot Hospital and Hamot Health Systems. He also served on the Hamot Foundation board. In addition, he served as Chairman of the Advisory Board at PNC Bank, Chairman of the Council of Trustees at Edinboro University, as well as serving on the boards at Villa Maria College, Heidelberg University, Erie County Industrial Development Authority, Edinboro Senior Center and Wesbury United Methodist Senior Living Community, where he continued to hold office until the time of his death.

Friends may call at the Van Matre Funeral Home, 306 Erie Street, Edinboro on Thursday, January 5th, from 2-4 and 6-8. Funeral services will be held there on Friday, January 6th at 11:00 a.m. Pastor Wayne Hennon of the Albion Church of Nazarene will officiate and Rev. Dr. Barry Cressman will offer the eulogy.

Interment will be in Cambridge Cemetery.