Julius Lee Lester, age 69, entered into peace after kidney and liver failure at his home 439 McClellan Street, Cambridge Springs, PA on February 27, 2017. Born on September 30, 1947 in Sophia, West Virginia, he was a son of the late Alvey Franklin Lester and Violet Marie Mills Lester.? He married Deanna E. Maricle on September 27, 1980 and she survives. 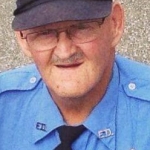 ??????Julius and his family moved to Fairview in 1957 and then located to Cambridge Springs where he made his home for over sixty years. He had worked for COAX Cable of Edinboro until 1980, and then for Nick Dasovich Communications. Julius began a career of over thirty years with the Riverside Golf Course as groundkeeper, retiring in 2013 as superintendent of maintenance. He had also worked at the Meadville Country Club. He was member of Northwestern Pennsylvania Golf Course Superintendents Association, Inc. Julius had served with the Cambridge Springs Volunteer Fire Department as a volunteer fireman for over fifty years. He enjoyed golfing, fishing, and working on small engines and loved spending time with his family, especially with his brother in Florida.

Friends may call at the Van Matre Family Funeral Home, Cambridge Springs on Thursday, March 2, from 5 to 8 p.m. and on Friday, March 3, from 9 until time of funeral service at 11 a.m.