Michael B. Lewis, age 74, resident of 231 McClellan Street, Cambridge Springs, PA passed away on Saturday, April 22, 2017 at Marquette Hospice House, Wayland Road, Meadville, PA. Mike was a son of the late Charles and Virginia Lewis. He married the former Sandra Mae Harmon on June 29, 1996 and she survives. 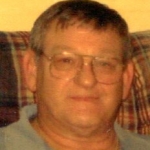 ????? Mike was a veteran of the Viet Nam War serving in the US Army from 1963 until 1967. He retired from Yates Plastics, Erie in 2004 and previously had worked for Lord Manufacturing in Cambridge Springs from 1968 until 1990. A life member of Venango VFW Post #169 and American Legion Post #381, he enjoyed playing euchre with his friends and attending the casino. Mike was a kind and generous man and cared deeply about his family.

Mike was preceded in death by his first wife, Gisela Welcher Lewis whom he married on July 20, 1966 and who died on March 11, 1995. In addition to his wife, Sandy, Mike is survived by a daughter – Patty Campbell (Jason) of Cambridge Springs; a son – Mark Lewis of Saegertown; four step daughters – Tammy Macelroy (Ed) of Titusville; Kim Davis (George) of Cambridge Springs; Denise Thompson (Ray) of Ohio; and Tracie Myers (Don) of Cambridge Springs; two step sons – William Harmon (Cathy) of Saegertown and Michael Harmon (Tracy) of Ohio; four grandsons – Cody Kuhn, Jake Kuhn, Brady Campbell, and Gavin Lewis. He is also survived by three step grandchildren with whom he was especially close – Kayla Demaison, Travis Davis, and Brooke Myers. In addition, Mike is survived by a brother – Jerry Lewis (Sylvia) of Florida and numerous grandchildren, nieces, and nephews.

Friends may call at the Van Matre Family Funeral Home in Cambridge Springs on Monday, April 24th from 1:00 until 5:00 p.m. Funeral services will be there beginning at 5:00 p.m. Interment will be in Cambridge Cemetery.

Memorials may be give to Hospice of Crawford County, 448 Pine Street, Meadville, PA 16335.