Marie Ellen Beiswenger, age 70, of Edinboro, passed away unexpectedly on Thursday, August 24, 2017 at UPMC Hamot. She was born September 14, 1946, in Duquesne, PA, the daughter of Alex Kopolovich and Mary Ellen Manches Kopolovich, both deceased. 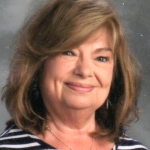 Marie graduated from Duquesne High School in 1964. She married her husband of 48 years, David P. Beiswenger, on September 20, 1969 and together they raised their family in Whitehall, PA?before moving to Edinboro in 1992. Marie had worked for several years for Equibank in Pittsburgh. More recently, she retired after working for 22 years as an Administrative Assistant in the Graduate Department of Counseling at Edinboro University of PA.

Marie had always dreamed of becoming a teacher and achieved her Child Development Associate Degree in 2015. She enjoyed working with pre-school aged children at the Community YMCA in Edinboro for the last 7 years.

She was a member and regular attender of McLane Church in Edinboro, and had previously served on the Altar Guild for a number of years at Ruthfred Lutheran Church in Bethel Park, PA.

A favorite pastime of Marie’s was cooking Sunday dinner for her family. Her grandchildren were the apple of her eye. She loved spending her summer vacations with her husband in Scarboro, Maine where she met many local residents who remained admiring friends. She enjoyed shopping in Erie and buying things for her loved ones.

Friends and family are invited to visiting hours at Van Matre Family Funeral Home, 306 Erie Street, Edinboro, PA on Monday, August 28, from 10-1. A funeral service will follow at 1:00, officiated by Pastor Michael Priestap of McLane Church. Interment will be in Edinboro Cemetery.