?? Curtis Tracy Waite, age 61, of Erie, died Monday, August 14, 2017 at the Erie Veterans Affairs Medical Center. Born March 9, 1956 in San Angelo, TX, he was one of five children of Pearl A. Grothe Waite of Waterford and the late Richard O. Waite. 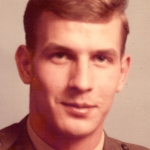 Curtis served in the United States Marine Corps from 1974 until 1978. Over the years, he worked as a mechanic and also a landscaper. He enjoyed music, especially playing the guitar, singing, and writing music.

Friends are invited to attend a memorial service at Van Matre Funeral Home in Waterford on Thursday, September 7th at 11:00 a.m.