Terry Confer, age 58, of 15390 Old Frisbeetown Road, Waterford, PA passed away at his home after fighting a courageous battle with cancer on March 5, 2018, surrounded by his loving family. Terry, the son of the late Benny E. Confer and Luella Mae Stafford Confer Olynik, was born on August 7, 1959, in Erie, PA. He graduated from Cambridge Springs High School in 1977, and shortly thereafter began working at Silgan Container Corporation in Cambridge Springs in the maintenance department 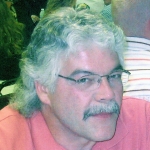 until 1995.? He then was employed as a CNC operator at Highpoint Tool until November 2009. Currently, Terry was working as a machinist for GE Transportation Erie, where he had worked since 2011.? He was an organized, ambitious, family man who enjoyed maintaining his property, bow hunting, and trapping. He was a loving son, brother, and husband who will be dearly missed.

Friends may call at the Van Matre Funeral Home Cambridge Springs on Thursday, March 8, from 2 to 4 p.m. and 6 to 8 p.m. and are invited to funeral services there on Friday, March 9 at 10 a.m. with the Reverend Emily J. Zeig Lindsey of the First Presbyterian Church of Waterford officiating. Interment will be in Venango Cemetery.