Donald A. Dunford, Sr., age 80, of Rockdale Township passed away peacefully surrounded by his family on Thursday, March 29, 2018.? He was born in Erie, the son of the late James and Myrtle Miller Dunford.? He was a veteran of the United States Air Force and had a distinguished career with the city of Erie police force, retiring as a detective after twenty years of service. After retiring, he joined the Erie County Coroner?s Office becoming Chief Deputy Coroner. 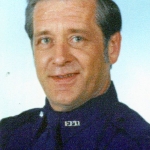 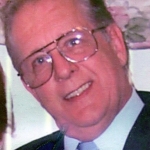 He was proud of his Irish heritage, and his life and career led him on many interesting adventures, but the one that brought the most happiness was moving to Rockdale Township and joining the French Creek Mennonite Church. There he not only found God but made many wonderful friendships in the congregation too numerous to mention.

“Lord, give my life enough of clouds to shade my life by day? enough to frame a vivid sunset when come the end of day.”