Ronald Jefferson Finch, age 77, of Waterford, PA passed away Wednesday, May 9, 2018 after a lengthy battle with Alzheimer’s disease. He was surrounded by his loving family. 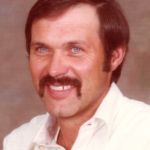 He was born July 23, 1940, the son of the late Raymond and Ruth Dye Finch. He grew up on a farm with one sister, the late Connie Wendlandt. He graduated from Fort LeBoeuf High School in 1958, and attended Edinboro College.

Ronnie was a lifetime resident of Waterford, a community of which he was very proud. He was active, outgoing, friendly and well-liked. He had strikingly blue eyes, and a contagious zest for life. He valued his family, hard work, common-sense, and a sporting game of roof ball. He loved the outdoors and his farm, which suited his career choice of being a strawberry farmer for 40 years. Animals were very important to him and he treasured them throughout his lifetime. People, music, dancing, and laughter were some of his greatest joys.

Ron was pre-deceased by his son, Jeffrey Ronald Finch.

The family would like to thank Ron’s dear friend, Marvin Cross and also VNA Hospice for their care and kindness.

Friends are invited to visit with Ron’s family at Van Matre Funeral Home in Waterford on Monday, May 14th from 5-7 p.m. A brief service will conclude the evening.

In lieu of flowers, contributions may be made to any animal or wildlife shelter of your choice.