James ?Jimmy? Ward Howles, 83, of Venango, passed away on Friday, May 18, at Crawford County Care Center after a period of declining health. Jim was born on May 22, 1934, in Grand Tower, IL, to James Walter and Martha Howles. From an young age, Jim worked on the family dairy farm in Venango and also grew and sold produce from his stand. In 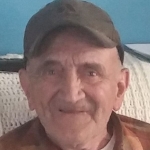 the early 80?s, Jim opened Howles? Market and continued operating his store until 2013.? He enjoyed being outdoors, spending time with his friends and family, and producing maple syrup at Howles Maple Farm.

He is preceded in death by a brother, Dan Howles; a sister, Mabel Porter; and a daughter-in-law, Sally L. Howles.

Friends may call Monday, May 21, at the Van Matre Funeral Home in Cambridge Springs from 4 to 7 p.m. and are invited to a funeral service to be held there at 7 p.m. Interment will be in Venango Cemetery.

Memorials may be made to Hospice of Crawford County 766 Liberty St., Meadville, PA 16335 or Venango Volunteer Fire Department.