Home/Edinboro/Soltis, Daniel A.
­
Previous Next

Daniel A. Soltis, 73, of Wesleyville, PA passed away unexpectedly on May 28, 2018 at Walnut Creek Healthcare and Rehabilitation Center. 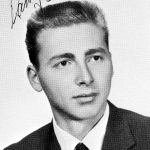 He was born on December 21, 1944 in Erie, PA, son of Andrew and Anna Rizner Soltis. Dan graduated from General McLane High School, then served in the U.S. Army Reserves. He was a machinist at Penn Union and then at Smith Meter (FMC Technologies) for more than 30 years. He enjoyed his classic car ? a 1970 Nova that he restored, NASCAR, four-wheeling, hunting, and was an avid bowler. Dan also enjoyed the volunteer work that he did for the Red Cross. He was a member of Bethel Presbyterian Church in Cranesville.

Dan was preceded in death by his wife, Barbara Dropsho; his parents, Andrew and Anna; his Aunt Mary Fink; and a sister, Judith Soltis. 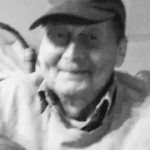