Annette (Gibson) Confer, age 74, passed away on Wednesday, June 20, 2018, at The Village at Luther Square in Erie. She was born March 28, 1944, in Union City, PA, to the late Clarence ?Hoot? and Beatrice (Burdick) Gibson. She was a 1962 graduate of Fort LeBoeuf High School. After graduation she held various jobs 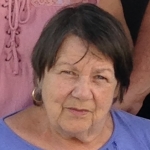 including a long stint at Elgin Electronics in Waterford, PA. Annette ultimately went to work for the United States Postal Service where she proudly retired after 29 years of service as the Post Master in Centerville, PA.

In her free time, Annette enjoyed BINGO and playing slot machines at the casino. She also liked reading books and spending time with her family.

Annette is survived by her daughter, Suzanne (Gibson-Confer) Russell and her husband Darren; as well as her loving stepchildren- Benny T. Confer, Tom Confer and his wife Sharon, Jennie (Confer) Sherred and her husband Steve, Todd Confer and his wife Marcy; and a daughter-in-law, Mrs. Terry (Aldie) Confer. She also leaves behind her brothers- Terry Gibson and his wife Nesa, and Ronnie Gibson; as well as many grandchildren, great grandchildren, nieces, nephews and other family who were all dear to her.

Annette was the most loving and caring person you could find. She cared deeply for everyone and was always willing to help anyone in any way she could even if that was just to lend an ear or give a shoulder to cry on. She will be deeply missed by everyone who knew her.

Family, friends and others whose lives she touched are invited to Van Matre Funeral Home, 105 Walnut Street, Waterford, PA 16441, from 2pm to 4pm and 6pm to 8pm on Monday, June 25, 2018 to reminisce, grieve and support one another. Funeral to be officiated by Rev. Emily Zeig-Lindsey at 10:00 am Tuesday, June 26, 2018 with committal services to follow at Laurel Hill Cemetery.

Memorials may be made to the First Presbyterian Church of Waterford.