Kenneth Edward Lemock, age 63, gifted to us on February 7, 1955, victoriously finished the race and was ushered into eternity while surrounded by his loving family on June 13, 2018. 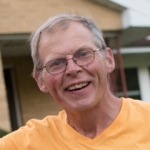 Ken was not only an incredible husband and father, he was an astoundingly humble and willing servant of God. Every ounce of his life was saturated in principles, integrity, scriptures, and love. Ken lived his life with the purpose of expanding the kingdom of God and the knowledge that this is not our home, by proclaiming the word of Jesus Christ our Lord and Savior. He was a willing vessel. He chose joy amidst his sufferings and spoke of God?s love and truth to every person that he encountered. He exuded kindness and strength and treated each trial as a platform to tell of Jesus? sacrifice and goodness. We are called to be His ?hands and feet,? and Ken answered this calling with a joyful heart. We are so very sad, and he will be missed tremendously, but we are so excited that he has finally heard the words ?well done, my good and faithful servant.?

Ken graduated from Gannon University in 1978 with a degree in mechanical engineering. He worked for International Paper Company at Hammermill and Mohawk Fine Papers until he retired. He loved spending time with his family, woodworking, traveling, camping, gardening, collecting and tinkering, singing and playing his guitar, and taking his grandchildren on numerous John Deer or ?JD? rides through his many paths in his woods.

He was proceeded in death by his mother, Alice Lemock, and his two sons, Jeremy and Nathaniel Lemock.

Visiting hours will begin on Monday, June 18th, from 2-4 and 6-8 p.m. at Van Matre Funeral Home, 105 Walnut Street, Waterford. The funeral service will begin on Tuesday, June 19th, at 10:00 a.m. at ReaLife Assembly, 3902 West 38th Street, Erie and will be officiated by Pastors Jim Grove and Matt Travnik. Interment will follow in Waterford Cemetery.

In lieu of memorial flowers, the family will be planting a memorial garden in honor of Ken, and would appreciate potted flowering plants, berry bushes, and fruit trees.