Roger Koseff, 82, of Edinboro, PA, passed away on Tuesday, July 24, 2018, surrounded by his loving family St. Vincent Hospital in Erie. 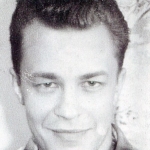 He was born on May 27, 1936, in Detroit, MI to Daniel and Irene Brask Koseff. In 1946, he and his family moved to their farm on Brown Hill Road in Rockdale Township. He attended Rockdale School and graduated from Cambridge Springs High School in 1954. He served in the U.S. Air Force from 1954 to 1958, with his last posting in Chaumont, France, where met the love of his life, Eva Parisot. After his military service, he worked as a conductor on the Bessemer and Lake Erie Railroad until his retirement in 1996. Roger and Eva enjoyed traveling around the United States in their motor home. He also enjoyed fishing, attending auctions, and spending time with his family?especially his grandchildren.

Besides his parents, he was preceded in death by his beloved wife, Eva Koseff, on October 19, 2013; his son, Dean Koseff in 2015; his twin infants, Steven and Sylvie Koseff; and his brother-in-law, Neil Schweitzer in 2012.

Friends may call at the Van Matre Funeral Home in Cambridge Springs on Friday, July 27, from 2-7 and on Saturday, July 28, from 10-11a.m at which time a funeral service will be held. Interment will be at Millers Station cemetery.

Memorials may be made to the American Diabetes Association.