Robert ?Red? George Browder, 85, of Saegertown passed away at his home on August 19, 2018.? Red was born on February 10, 1933, in Hayfield Township the son of the late Samuel A. Browder and Mildred Kettering 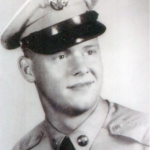 Browder.? He enlisted in the U.S. Army in 1953, serving with the 5th Regimental Combat Team in Korea until 1955, where he specialized in fire direction and control and remained in the U.S. Army reserves until 1961. On February 11, 1957, he married Doratha Moon who preceded him in death on April 15, 2010. He was a contractor who built numerous homes in the area and continued as a building inspector at Edinboro University for the PA Department of General Services. He retired in 1991, from the Department of Military Affairs. He was a member of the Venango VFW Post 169, the Cambridge Springs American Legion Post 381, and the Covenant Masonic Lodge 477.

In addition to his wife, Doratha, he was preceded in death by infant son, Douglas; sisters: Marie Metzgar and Camilla Dean; and brother, Larry Browder.

He is survived by daughter, Bonnie Joslin and her husband, Bob of Cambridge Springs; son, Jeffrey Browder and his wife, Sheila 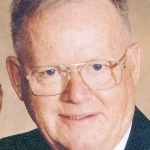 Friends may call at the Van Matre Funeral Home in Cambridge Springs on Tuesday, August 21, from 2-4 and 6-8 and are invited to funeral services there on Wednesday at 11 a.m. Interment will be at Venango Cemetery with full military honors.