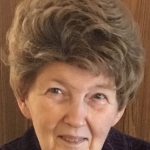 She was born on March 23, 1936, in Erie, the daughter of the late Harry and Dorothy (Baumgartner) Jeffrey. After graduating from Strong Vincent High School with the class of 1954, she worked as the payroll manager at Trask?s Department Store in Erie, until 1958, when she met and married her husband, James Zilhaver, of sixty years. Myra and Jim lived in Rockdale Township, Crawford County where they owned and operated Zilhaver?s Feed & Supply, Zilhaver?s Rental Properties, Zilhaver?s Auto Sales all of Cambridge Springs and Zilhaver?s Country Store in Erie for many years. Myra belonged to the Rockdale Garden Club and the local Red Hat group. She also served as a past president of the Miller Station United Methodist Church Women?s Organization where she received the Gold Star for service. Myra was very involved in multiple church activities and particularly enjoyed serving on the Missions Committee.

Myra loved traveling. Her favorite trips were to the Ohio Amish Country. She also enjoyed watching cooking shows on television and dining out. Myra loved people and took great pride in her family, which was most important to her. Myra and Jim celebrated their 60th wedding anniversary on Saturday, August 25, 2018, where they were joined by close friends and family.

She was preceded in death by her son, Allen James Zilhaver.