Kenneth Charles Morrison, age 71, of Waterford, PA, passed away on Wednesday, October 3, 2018, at UPMC Hamot Hospital in Erie after an extended illness. 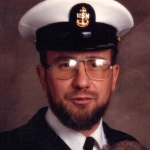 Ken was born on December 29, 1946, in Erie, son of the late Edwin Claude Morrison and Carolyn Neva Hunt. He was a 1964 graduate of Fort LeBoeuf High School, after which he spent 23 years with the U.S. Navy. He served tours in Norfolk, Hawaii, Guam, and Great Lakes, and retired as an E7.

Ken married Patricia Bliss of Harborcreek on July 20, 1969, the day “man walked on the moon.” Ken and Pat have a son, Kenneth Wayne Morrison, who is married to Dawn Bannister of Erie, and a daughter, Victoria Lynn, married to Jeffrey Hinspeter, also of Erie. They are blessed to be grandparents of twin girls, Nicole (Nikki) and Brianna (Bree), who attend Fort LeBoeuf High School.

In 1990, Ken began his second career of 20 years of teaching at Triangle Tech in Erie and Corry High School. At Corry High, he taught Technology and really enjoyed many years as advisor and coach of “First Robotics”.

Ken was an active member of the Erie First Assembly of God on Oliver Road where he participated in many plays, mission trips to “The Little White House” in D.C., and many east coast states where he helped in reconstruction after devastating storms. He was an active member of the church’s Audio/Visual Department and bowling league. In his spare time, Ken loved gardening, landscaping, hiking, and doing Sudoku puzzles. He enjoyed cruises and traveling adventures to see all the states with family and friends.

Ken was preceded in death by his son, Richard Charles Morrison. Survivors include four brothers, Ed (Doris), David, Gary (Becky), and Alan (Lois). In addition, Ken is survived by many nieces and nephews.

Friends may call at the Van Matre Funeral Home in Waterford from 6:00 to 9:00 p.m. on Friday, October 5, and from 10 a.m. until the time of the funeral at 11:00 a.m. on Saturday morning. Rev. Alan J. Morrison and Pastor Donald Fisher will officiate. Burial will follow at Waterford Cemetery.