John Paul Dubowski Jr., CPA, age 77, died peacefully on Friday, March 22, 2019 at LECOM Senior Living Center. John was born on June 11, 1941, son of John and Pauline Ozimek Dubowski. He graduated from Fort LeBoeuf High School in 1959 where he was active in football and FFA. John served in the United States Air Force from 1960-63, graduated from Tampa University in 1966, and was self-employed as a CPA for almost 50 years. 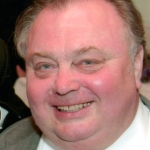 John was a member of the Erie First Assembly of God Church, and was past president of the Full Gospel Business Men. He was also a member of the Summit Lions Club whom he sold Harley bike raffle tickets for at many local fairs and events. He was very proud of his Lions Leadership Award, Pennsylvania Fellowship Award, and Melvin Jones Award. His passions were riding his Harley bike, driving his 1989 Mercedes convertible, and rooting for the Dallas Cowboys.

Friends may call at Van Matre Funeral Home in Waterford on Monday, March 25th from 2-5 and 7-9 p.m. where a Lions Club service will be held at 8:30 p.m. Funeral services will be at the funeral home on Tuesday at 11:00 a.m. officiated by Pastors Don Fisher and Tom Hoeke. Private burial will be in St. Teresa Cemetery in Union City.

In lieu of flowers, donations may be made to the Summit Lions Club at 1230 West Townhall Road, Erie, PA 16509.