James Frederick Smith, age 84, of Summit Township, died Friday, March 29, 2019 at LECOM Senior Living Center after a period of declining health. Born on September 1, 1934 in Union City, Jim was one of eleven children of LaVerne and Lydia Wethli Smith. 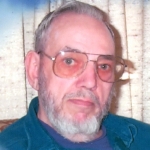 Jim had served in the United States Army and retired from Bucyrus Erie. He loved nature and the outdoors, and was a beekeeper.

Friends may call at Van Matre Funeral Home in Waterford on Monday from 4-7 p.m. A funeral service will follow at 7:00 p.m. with Rev. Gary Donaldson officiating. Private burial will take place Tuesday at Waterford Cemetery.