Jerome E. “Jerry” Landis, age 80, died Wednesday, August 21, 2019 at his home in Waterford. He was born October 8, 1938 in Harborcreek, the son of the late Howard Milton Landis and the late Dorothy Marie Ebert Eisert. A welding 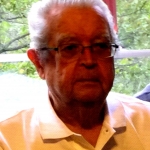 inspector, Jerry worked at General Electric for over 30 years retiring in 1997. He was a wonderful husband and father, looked up to and loved by all. Jerry will always be remembered as a friend to all, available whenever anyone needed him. He will be sorely missed, as he was good at tinkering and at anything he did – there wasn’t much he couldn’t do or accomplish, and everyone knew he’d be willing and able to help.

Jerry was preceded in death by his first wife Joannie Victoria Nowak who died in 1982; two sisters – Glenda Paris and Carol Fracassi; and a son-in-law Michael Bisbee.

Viewing and funeral services will be private for the family and will be at the Waterford Church of the Nazarene on Friday. Burial will follow in Venango Cemetery.