Randall Kirk Schmitt, age 62, of Erie, died Monday, December 2, 2019 at UPMC Hamot after a short illness. He was born December 29, 1956 in Erie, the son of the late Donald C. Schmitt and Joan R. Fuller Schmitt. 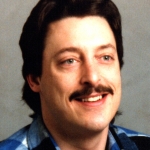 Randy grew up in Waterford and graduated from Fort LeBoeuf High School, Class of 1975. He worked at Ferguson Enterprises in Erie and was an avid collector of Hot Wheels and diecast cars. He enjoyed fishing, motorcycles, watching NASCAR, and he was a fan of Richard Petty.

Friends will be received by the family at Van Matre Funeral Home in Waterford on Saturday from 2 – 4 p.m.

In lieu of flowers, donations may be made to the Autism Society in memory of Randy.