Dianna was born on April 24, 1943, in Jamestown, NY, the daughter of the late Stephen Shkuratoff and Anna Bogardus Shkuratoff. After graduating from Cambridge Springs High School, Dianna married James Leroy Gilbert, Sr. on May 2, 1964. For over 40 years, she worked 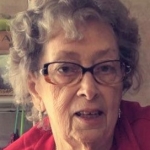 as a beautician in the Edinboro area and also as a nurses aid at Edinboro Manor for 18 years. Dianna was a member of the Hickernell United Methodist Church and enjoyed baking, cooking, cross-stitching, and being actively involved in the lives of her children.

She was preceded in death by brother, Stephen Shkuratoff; and sister, Judy Willey.

Survivors include daughter, Kimberly Davis, and her husband, Mike, of Edinboro; son, Jim Gilbert, of Clearwater, FL; sister, Della Roseberry, and her husband, Robert, of Ardmore, AL; grandchildren: Andrea and Erica Davis; Joseph, Mike, Matthew, and Luke Gilbert; and Ashley Fredrychowski; many nieces and nephews including a special niece, Becky Fredrychowski and her husband, Todd, from Cambridge Springs, whom Dianna thought of as a daughter.

Friends may call on Thursday, January 30, from 2-4 and 6-8 p.m. at the Van Matre Funeral Home, 335 Venango Avenue, Cambridge Springs. A funeral service will be held there on Friday, January 31, at 11 a.m. with Pastor Bob Klingler of the Hickernell United Methodist Church officiating. Interment will be at Roselawn Memorial Gardens, Inc.