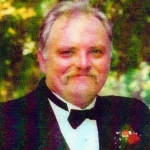 Mike was a proud veteran of the U.S. Marine Corps serving during Vietnam. He was a skilled carpenter, having worked in the union for many years before becoming self-employed. His favorite hobbies were hunting, playing golf, spending time with his grandkids, and enjoying his many friends. His best memories were hunting with his son and grandson.

A memorial service will be held at Asbury United Methodist Church in Waterford on Monday, February 24th at 6:00 p.m. Officiating will be Rev. Tori Heath.