Robert Nelson Blystone, 71, of Cambridge Springs, passed away peacefully at home on Thursday, February 20, 2020.? Bob was born in Meadville, on September 28, 1948, the son of the late Clarence S. Blystone and Phyllis D. Stafford Blystone.? After graduating from Cambridge Springs High School, Bob was the 2nd of four generations of his family to enlist in the military and was a U.S. Army Vietnam veteran serving from 1967 to 1971. He had worked at Penn Union, Carnation Company, and Lord Corporation retiring in 2008, after 29 years. Bob was a member of the VFW Post 169, Venango and was trustee for nine years. He enjoyed fishing, hunting, coin collecting and treasured time spent with his grandchildren. 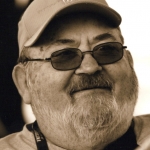 ?????He was preceded in death by sister, Kim Dailey.

Friends are invited to a memorial service on Sunday, February 23, at 11 a.m. at VFW Post 169, Venango with lunch to follow.