Timothy James Tobin, age 59 of Edinboro, passed away at his home after a short illness on Wednesday, February 26, 2020 surrounded by his loving family. Born September 6, 1960 in Erie, he was the son of the late Lawrence and Irene Kingston Tobin. 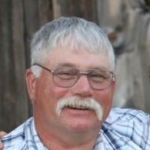 Tim was a hard worker who always put his family first. A man with a heart of gold, he touched everyone he knew with his caring and kind ways. He dearly loved his wife, who was his hero, and loved spending time with their two sons of whom he was extremely proud. He could often be found spending time helping Larry with his cows, or out shooting with Andy. An avid hunter, Tim enjoyed many trips to Colorado and to Benezette, PA.

Tim was trained in industrial maintenance and had worked at General Electric and Wabtec, and at Lord Manufacturing. He also was a dairy farmer for many years, first working on the family dairy farm with his dad. Tim loved owning and working countless after-hours at his business Edinboro Exhaust, which he operated out of his garage.

In addition to his parents, Tim was preceded in death by his sister-in-law Emily Tobin. He is survived by the love of his life, his wife Annette ?Sis? Chorney Tobin, whom he married on April 30, 1988; their two sons – Lawrence Tobin of Springboro and his fianc?e Brittany Smail, and Andrew Tobin of Edinboro and his girlfriend Sadie Brown; two brothers – Ed Tobin of Edinboro, and Gerald Tobin and his wife Linda of Edinboro; a sister – Mary Lou Wolfe and her husband John of Columbus, OH; and several nieces and nephews.

Friends may attend visiting hours on Monday from 2-4 and 6-9 p.m. at Van Matre Funeral Home, 306 Erie Street, Edinboro, and may attend a funeral service there on Tuesday at 10:00 a.m. officiated by a close friend, Scott Taylor. Burial will follow in St. James Cemetery in Crossingville.