Gerald ?Jerry? Raymond Tobin, age 78 of Edinboro, passed away unexpectedly on March 2nd, 2020. Born June 21st, 1941 in Crossingville, he was the son of the late Lawrence and Irene Kingston Tobin. 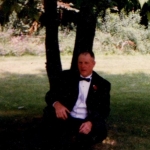 Jerry married the love of his life, Linda in 1965, with whom he had five children: Laura, Joe, Lisa, Christine, and Marianne. Jerry?s love of family grew in 2004 when his grandson ?Little-Nick? was born and again in 2007 when his granddaughter Ashley was born– a devoted father and doting grandpa.

Jerry?s second greatest love was farming the multi-generational Tobin family farm; tending to his herd of cattle, setting cabbage, producing maple syrup, and planting fields. Jerry farmed until the day he passed away, first with his father and brother, then with his children whom he instilled the value of hard-work and perseverance. Special memories from the farm were made teaching ?Little-Nick? and Ashley to drive tractor, bale hay, and entering various farm-to-fair exhibits in the kids names. Other joys in life included going to barn-sales, visiting with friends and family, volunteering for the Alter Rosary Society, and St. Philip Parish Council.

Jerry truly believed ?there were no strangers; only friends he hadn?t met yet,? imparting a humorous quote, funny story, or sage advice that sometimes didn?t sink in until hours later, you always left a better person for the interaction. There truly were few better things than a conversation with Jerry complete with his infectious laugh and smile, all who knew Jerry loved and adored him.