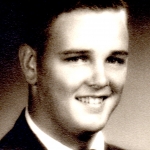 then served his country in the National Guard from 1962 until 1968 at which point he transitioned into the work force. A committed and loyal worker, he held positions at Ross & Copus, Riley Stoker, Prescotech, and was a Police Officer for the township of Fairview until he found his calling to become a truck driver. He went on to drive for Estes until his retirement in 2008. Even in retirement he was not one to sit idle as he held a part-time job at Presque Isle Downs & Casino as a Transportation Supervisor. When he was not working, George enjoyed going to local auctions, tinkering with various appliances, going to Harmony Baptist Church, attending his grandchildren?s sporting events, going to Eriez Speedway for the weekend races, attending family gatherings, and helping out anybody who asked him. He will always be remembered as hard working, loyal, patient, and a prankster who was either right by your side helping with your project or busting your chops about something else. 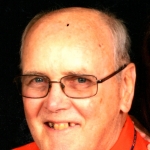 e leaves behind a loving wife of 34 years: Nona (Burlingham) Weaver. He also leaves behind three loving children: Kimberly (Weaver) Robishaw, Nichola Weaver, and Rhiannon (Shreve) Chambers. He will be greatly missed by his twelve grandchildren, three great-grandchildren, and many friends for whom he did everything and anything.

Due to current restrictions, a private viewing and service will be held for his family in his honor at Van Matre Funeral Home in Waterford. There will be a party held in his honor at a later date. Interment will be in Erie County Memorial Gardens.