Burnell ?Bud? Smolinski, 68, passed away at Edinboro Manor after a period of declining health on Sunday, July 26, 2020. Bud was born in Meadville on December 16, 1951, the son of the late Edward and Esther Nelson Smolinski. He graduated with the Meadville High School class of 1969, and then entered the U.S. Army serving his country during the Vietnam War. Bud had worked at Penn Union in Edinboro for over 25 years.? He loved the outdoors where he enjoyed hiking, hunting, camping, chopping wood, and sitting at the campsite watching the birds. 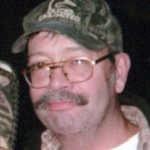 ?????In addition to his parents, Bud was preceded in death by nephew, Chase Carlson.

Survivors include his wife of 35 years, Linda Mattis Smolinski, whom he married on May 25, 1985; twin sister, Betty Carlson; sister, Patti Kedzierski; brother, Bob Smolinski and his wife, Angela; many nieces and nephews; and his special family friend, Theresa Goldsmith.

Friends are invited to a graveside service at 11 a.m. Friday, July 31, at Roselawn Memorial Gardens in Meadville.