The legend of Michael John Masternak came to an end as he quietly passed away at age 68 in his Cambridge Springs residence on Thursday, August 13, 2020. Michael (known by many as Iron Mike) was born in Pittsburgh on May 9, 1952, the son of the late Stephen John Masternak and Genevieve Valerie Szejk. He graduated with the North Hills High School class of 1971 and worked primarily as a mechanic, running several auto body shops with his friends in Edinboro and Erie, and spending his final years restoring antique motorcycles. 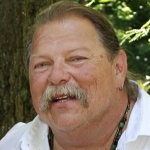 Mike?s life was full of adventures. He loved nature, painting, drawing, sculpting, restoring old things, riding motorcycles and playing blues. His love for his family and friends ran deep, and his door was always open to guests.

While his time has come to an end, his stories live on in the hearts of his friends and family. A memorial will be held next year in his honor.