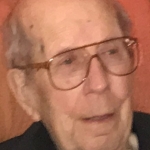 dairy farm. On February 14, 1955, he married the former Virginia Hart of Cochranton, and she survives. John served on the Penncrest School Board for over twenty-four years, was a 4-H leader, and was a member/officer of numerous farm organizations. As an avid motorcyclist, he had traveled to forty-nine states and was a life member of the American Motorcycle Association and the Western PA Retreads. He was also a life member of Millers Station United Methodist Church where he had taught Sunday school and was superintendent for many years.

In addition to his wife, Virginia, survivors include daughter-in-law, Kim Docter, of Cambridge Springs and her children: Kristopher Docter of Chicago, Emily Docter of Erie, and Alandis Docter of Kentucky; daughter, Nancy Styer and her husband Peter of Frewsburg, NY, and their children: Morgan Styer of Lansdale, PA, and Jesse Styer of Blairstown, NJ; son, Dale H. Docter and his sons: Blake Docter of Albion and Calvin Docter of Venango; and eight great grandchildren.

A private family service will be held at the convenience of the family at Van Matre Funeral Home in Cambridge Springs with a memorial service to be held at a later date. Interment will be at Millers Station Cemetery.