George R. Nearhoof, age 66, of Waterford, died Wednesday, December 9, 2020 at UPMC Hamot after a short illness. He was born July 25, 1954, one of ten children of the late Sherman Joseph Nearhoof Sr. and Anna Doris Cherry Nearhoof. 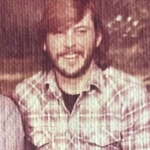 George served in the U.S. Army, stationed in Germany, and was a member of the American Legion Post 285 of Waterford. He worked as a roofer for 25 years with the Local 210. He enjoyed family reunions and spending time with his grandchildren.

Preceding him in death was his wife, Kathryn Mary Buckner Nearhoof, whom he married February 25, 1981, and who died April 17, 2015; and a brother Doug Nearhoof.

Friends may call at Van Matre Funeral Home in Waterford on Saturday from 12:00 noon until 2:00 p.m. Burial will be in Waterford Cemetery.