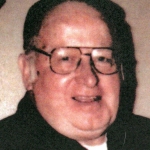 ?????He was preceded in death by brothers, Robert and James Artman; and stepdaughter, Debra Gates.

Friends are invited to call at the Van Matre Funeral Home in Cambridge Springs on Wednesday, February 3, 2021, from noon until 2 pm. A funeral service will be held there at 2 pm with interment to follow at Greendale Cemetery in Meadville.

Memorials may be made to Edinboro Manor.