Mary Lou Kreider, age 83, of Waterford, passed away on Wednesday, March 24, 2021 at Saint Vincent Hospital. She was the daughter of the late Samuel Womer and Mary Toriski Womer, born in Titusville, PA on April 4, 1937 and baptized at St. Titus Roman Catholic Church. Mary Lou was educated by the Sisters of Mercy for grades 1 through 12, received a speech therapy degree at Penn State Behrend, and became a registered nurse after her education with the Sisters of St. Joseph. She worked for several years as a nurse at Hamot and Millcreek Community Hospitals. 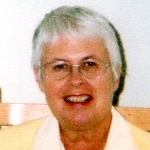 Mary Lou married Arthur C. Kreider on September 12, 1959, and he preceded her in death on December 27, 2005. She was mother of five children: Nora Kreider (husband, Robert Fisher) of Telford, TN, Mary Megna (husband, Alan) of Mechanicsburg, PA, Margaret Kreider of Erie, Samuel Kreider (wife, Kachina Clark) of Austin, TX, and Stephen Kreider of Richmond, TX, and also, Kandi Koon, whom Mary Lou considered her daughter. And Mary Lou was a grandmother! Her beloved grandchildren are Antonio Megna, Jessica Megna, Morgan Tolson, and Jonathan Kreider, and many step-grandchildren in Tennessee; then two great-grandchildren, her sister, Noreen Womer Parry and husband Raymond of Nebraska, and her best friend, Therese Glass, OSB.

Mary Lou was a Secular Franciscan, having professed on October 24, 1982. For many years she was a Pastoral Associate at St. Cyprian Roman Catholic Church in Waterford, and currently, she was a member of All Saints Church in Waterford. Her many passions were dancing, dogs, music, family, Franciscanism, John Duns Scotus, and creation spirituality.

Visiting hours will be at Van Matre Funeral Home in Waterford on Sunday evening from 6 – 8 p.m. On Monday morning, a prayer service will be held at the funeral home at 9:15 a.m., followed by the Mass of Christian Burial at 10:00 a.m. at All Saints Church, Rt. 97, Waterford with Rev. Gregory Passauer as Celebrant. Committal service and interment will follow at Erie County Memorial Gardens.